… a unique blend of the island’s traditional music and dance – namely Bele, Quadrille, Jing Ping, Mazouk and Kadans. The end result? A music which they call Bouyon (Boo-Yah).

The group WINDWARD CARIBBEAN KULTURE (WCK Band) of Dominica created this new musical phenomenon called Bouyon. Bouyon is a fusion of Cadence-Lypso and the traditional Jing Ping sounds of Dominica. This beat becomes complete when blended with pulsating drums in a digital style. This modern, exciting, electronically-based beat is finished off with the versatile midi-sound of the keyboards. The sequencing of the prominent keyboards is an integral part of the Bouyon sound. 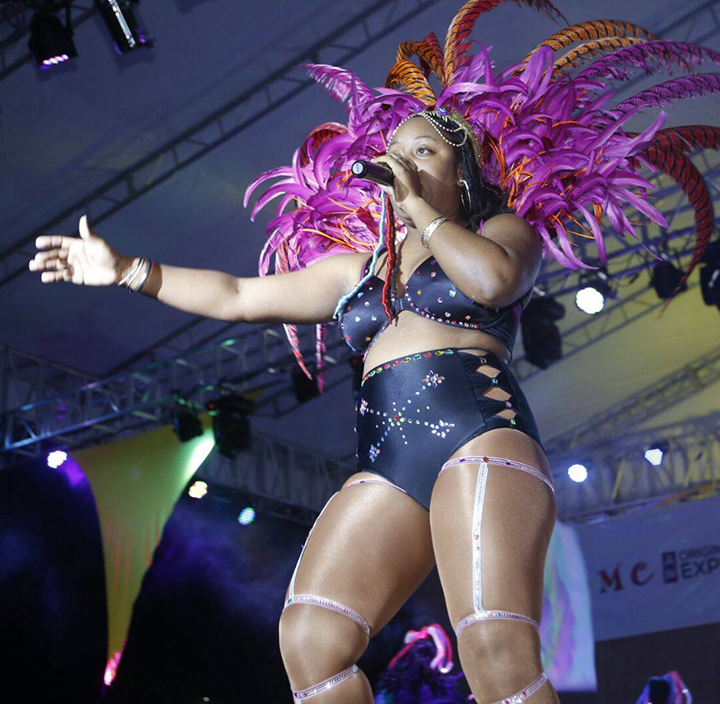 This group, based in the capital of the Nature Island, Roseau, has definitely earned its place at the top of the ranks of dance music entertainment due to its unique blend of the island’s traditional music and dance – namely Belle, Quadrill, Jing Ping, Mazouk, and Kadance. The end result? A music which they call Bouyon (Boo-Yah).

CK, for short, the band has managed to bring back the traditional sounds of Dominica through the use of up-to-date musical instruments thus enhancing and revitalising this once dormant sound.

The Group was initially formed in 1987, when they produced their first album “One More Sway”. In 1990 they recorded their second album “Culture Shock” which started the development of the presently known BOUYON style. Since then WCK records an album every year, capturing the minds and hearts of Dominicans and the Caribbean.

But it was in 1993 when the group recorded its fith album “Forever” (later released on the US market as “Vola Vole”) with a song titled “Conch Shell” that put them on the road to international fame. WCK has won many awards and nominations both on the regional and international markets.

Through the years, the core group gradually parted ways, and there is currently a new generation of WCK memebers.  Still as popular as ever, WCK has toured to most of the Caribbean countries, United States, Canada, South America and Europe, with plans to go as far as their music can take them.

The Original Bouyon Pioneers consist of the core and initial group from the band WCK. WCK (which eventually stood for ‘Winward Caribbean Kulture’), first came about in 1987, where a unique style of music was recognized and eventually named ‘Bouyon’ by the band members. This core group recorded several successful albums and consistently toured throughout the Caribbean, the US and Europe.

Through the years, the core group of WCK gradually parted ways, and it was not until 2013, that they reconnected to many people’s delight, as the fans craved seeing the chemistry back in action from the original WCK members. Their re-connection and performance in October, 2013 was a great success, and put on a most memorable performance at the Lime Creole in the Park. Constant requests for repeat performances continued, thus having a record breaking audience in excess of seventeen thousand in 2014.

Due their again growing popularity, receiving numerous requests for performances locally, regionally and internationally, they have regrouped as the ‘The Original Bouyon Pioneers’. They recorded their first single “Characters” as Original Bouyon Pioneers for carnival 2015 which added fuel to the already blazing fervor, and continue to satisfy their fans, who have yearned to see us together recording and playing live again.

Triple Kay International has been on a journey, taking Dominica and its music throughout the world which is the band’s motto and governs the efforts of the group. This has fostered the utopia environment that has encouraged its eminence and resounding success during its reign as the most dynamic, explosive and supreme musical ensemble to come from the shores of the Nature Island of the Caribbean, Dominica. The name Triple Kay International is a replica of its members and their environment as each letter denotes a member’s name and the place where they reside. The group has been fostered in the scenic, touristic hub of Laudat, and this led to its grass roots and energetic drive to produce quality and excellence.

The band has been together since 2000. During this time, the dedication, talent and time of its hardworking members have contributed tremendously to its growth and success in the creativity of each album. The band has produced six albums namely – “Big Ting” – “Fanatik” – “Sewo” – “All Out” – “Pressure” and the most recent 2008 gold compilation “Colours”. During production, the goal of the band was to diversify the current musical era and collectively this has been achieved. This was accomplished by mastering all types of music that the fans and general public yearned for and has attributed to the significant growth of the band. The band performs zouk, compas, reggae, cadance, dancehall and our own local bouyon music and has mastered the musical touch of all the above mentioned. Moreover, the band has not only kept up to the task of just playing music and mastering its various types but has invested in the methods of execution and performance. Again, because of its incessant efforts and success, Triple Kay International is esteemed and highly dignified in its homeland. This recognition led to the renowned opportunity to perform at Dominica’s flagship musical event, the World Creole Music Festival in 2002, 2005, 2006, 2007 and 2008 impressing hundreds of thousands of visitors and local patrons. In 2004, Triple Kay International copped the title of Band of The Year and the Cadance Musical Touch was passed on to the band by the legends of Cadance lypso, the forefathers of Dominicas musical legacy. The band was again named 2005 Band of the Year and also was awarded Song of the year, “Sewo”. Wayne “Mr. Benji N²0” Benjamin the band’s lead vocalist was recognized as the Best male Artist of the year at the 2005 Flamboyant Awards. Triple Kay’s 2007 CD was judged best party album and in 2008 the band won the people’s road march for its number one smash hit “Please”. Not only has the band gained local recognition but much international fame has graced the group over the years.

The band has extensively travelled the globe on its musical ride. Triple Kay International has performed on a number of occasions in England, St. Martin, Saba, Guadeloupe, Antigua, St. Vincent and the Grenadines, New York, Miami, Atlanta, Texas, Canada, Belgium, Holland, St. Thomas, Tortolla, Anguilla among many others. The band has also performed in many small festivals and other local events.

Triple Kay International is extremely proud to carry its National Flag as Ambassadors of its beautiful country.

On October 4th, 2008, the Band released its sixth album titled “Colours” at the Green GrassHopper in Dominica. Fans in the United States and Canada can purchase a copy of “Colours” by contacting info@dominicadevelopmentgroup.com with your request.

Asa Bantan (Asa Edwards) is a Bouyon artist who hails from the cultural capital of Dominica, Grand Bay. As a young man, he was influenced by artists such as Vybez Kartel, Twins of Twins and Spragga Benz to become the lyricist he is today, penning many of his songs on popular social issues.

Asa became focused on his music career in 2000, but which gradually made headway and became full force in 2010 in the French Antilles, Dutch St. Maarten and Dominica. Asa debuted at the World Creole Music Festival Stage in 2012 and has been a staple artist for the festival ever since. His hit song “Wet Fete” has travelled the world gaining him the title of The Wet Fete King.  Music is his heart, mind and soul and his infectious rhythms have captivated many, both young and old.

Asa takes into consideration that he is performing for his island and takes pride in representing his country. He continues to travel around the world to sold out events in London, Amsterdam, France, Houston, Miami, New York, St. Maarten, BVI and the USVI, spreading Bouyon music far and wide. He is currently working with young up and coming Bouyon artists to ensure the continuity of the genre. 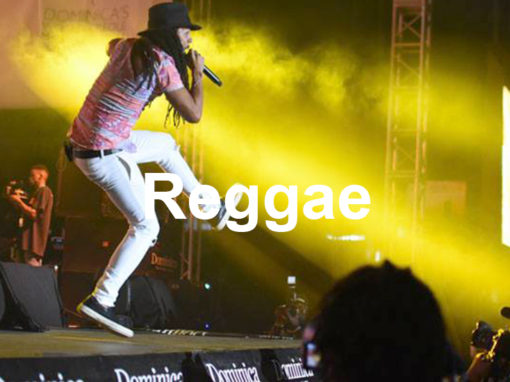 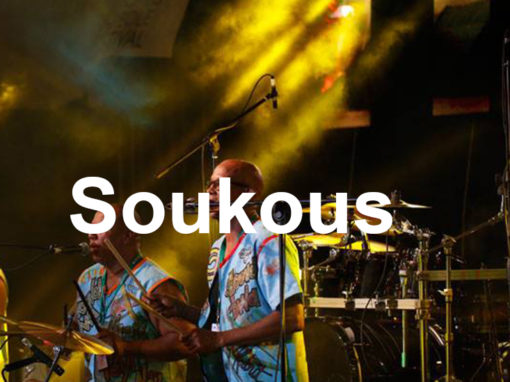 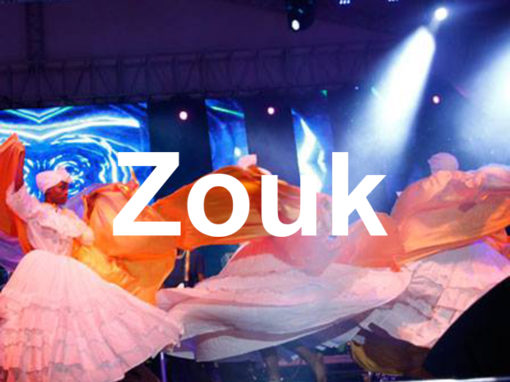 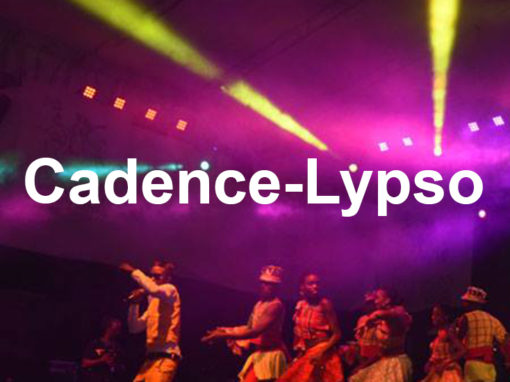 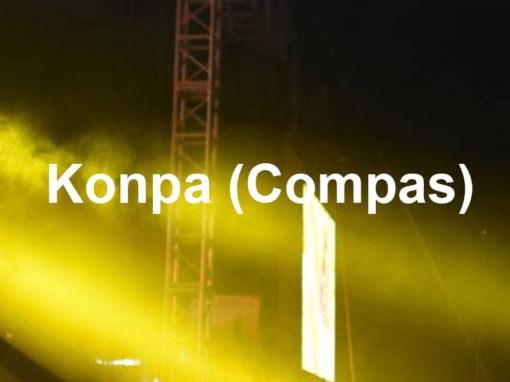 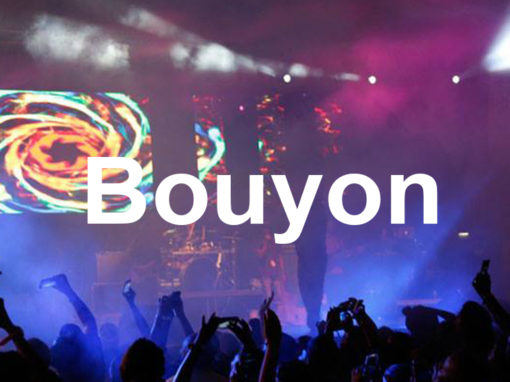 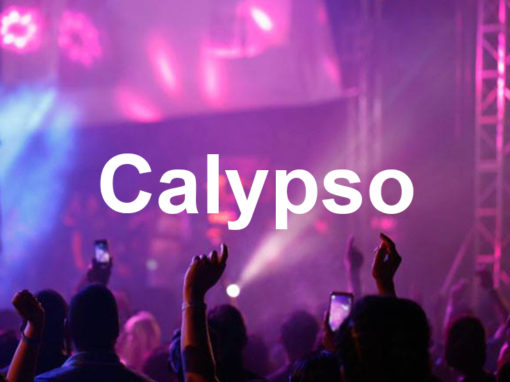