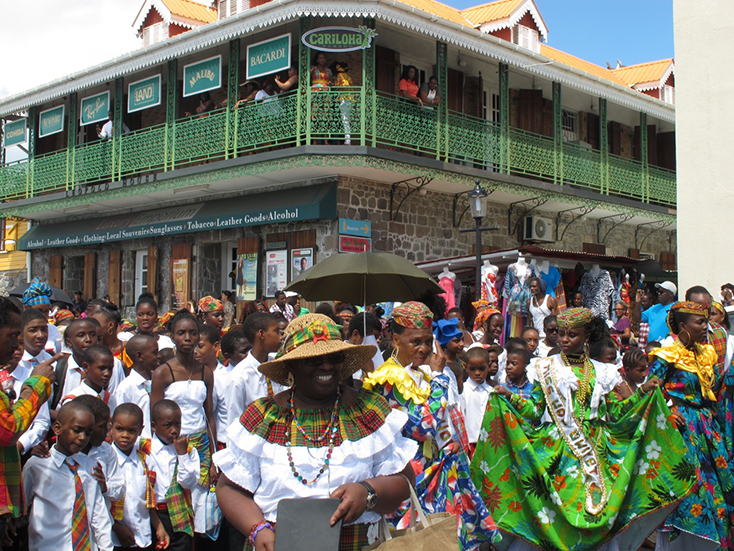 October is one of the best months to visit Dominica, because our culture is on display everywhere. Throughout the month, Fridays are designated as “Creole Dress” Day (Had Kwéyòl). On the Fridays leading up to Creole Day (the last Friday of the month), we add an accent of creole to our clothing or wear colourful madras skirts, tops and dresses. Many people create new fashions with madras patterns, all paying tribute to our Creole heritage. On Creole Day, traditional creole clothing like the Wob Dwiyet is on full display everywhere you go — and especially during the Creole Day Parade in Roseau. 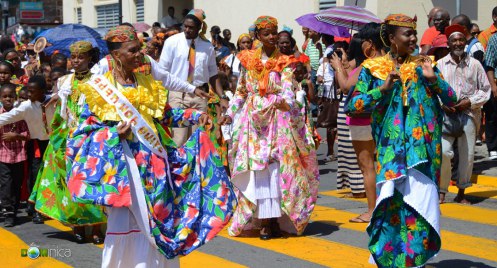 The Wob Dwiyet is a national symbol of Dominica. You can see it in all its glory during the Miss Wob Dwiyet Competition held every year during Independence.

See Creole Wear on display at the many Creole pageants throughout our Independence Celebrations: 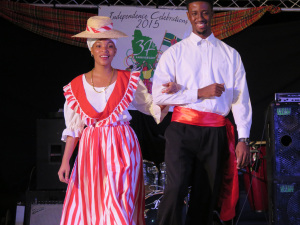 For a more detailed description of tradition Creole dress, see avirtualDominica.com which

See all the post about our National Symbols here.