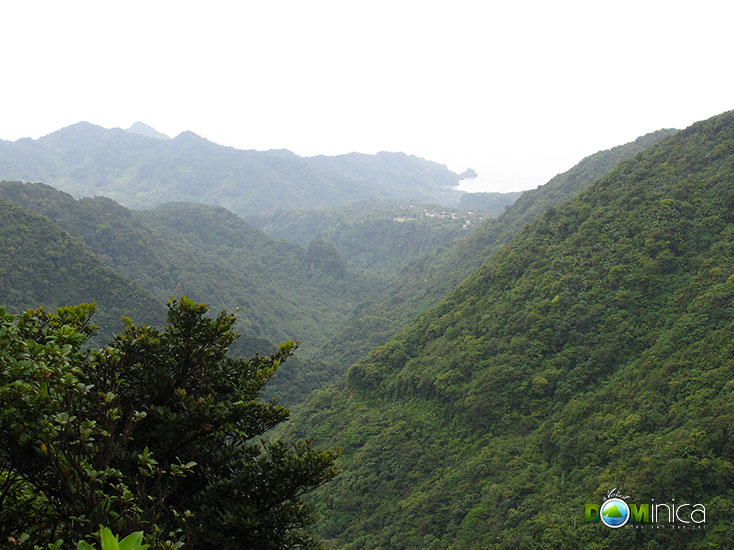 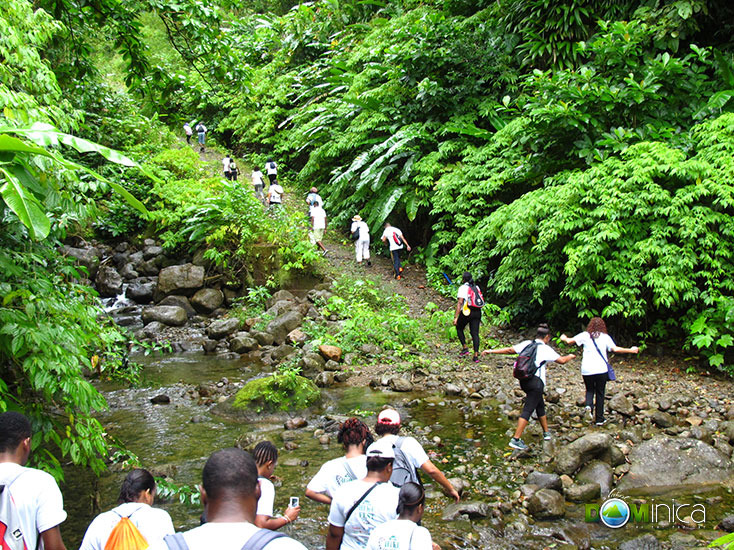 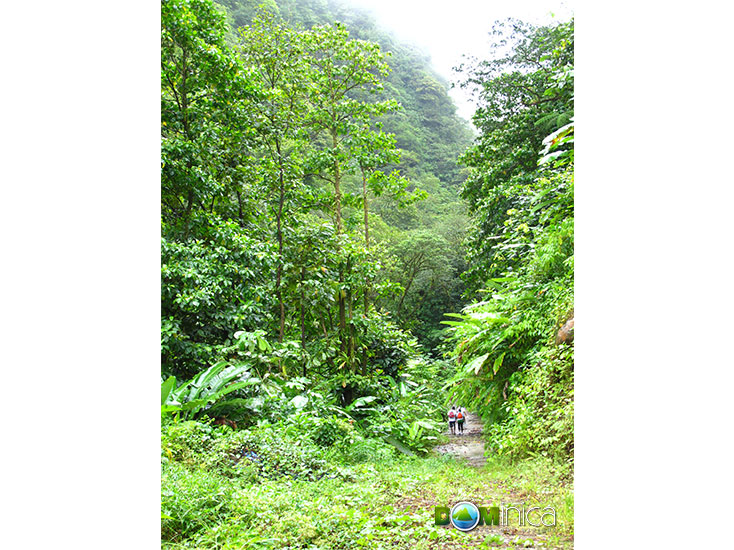 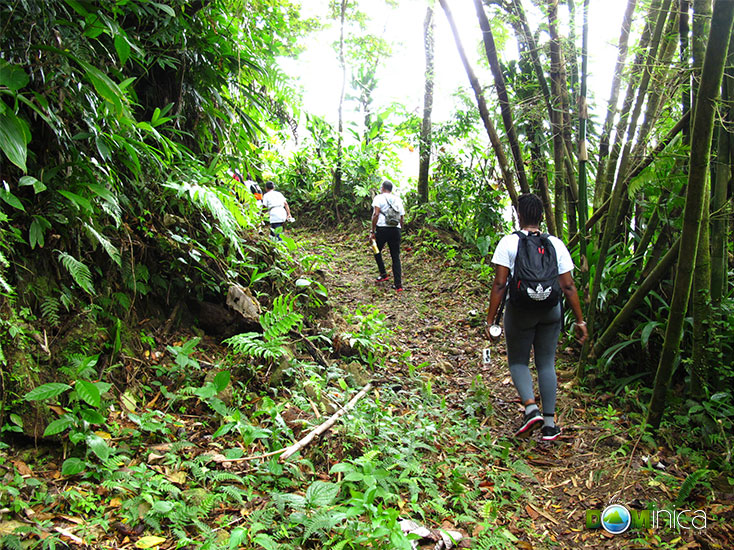 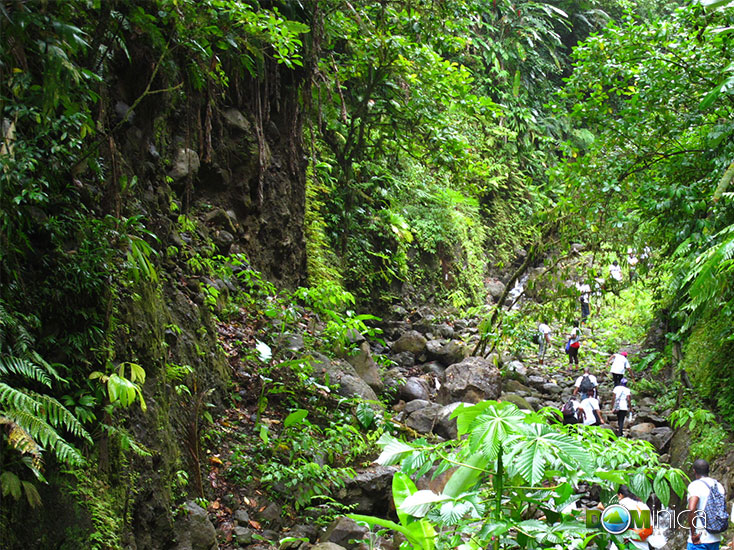 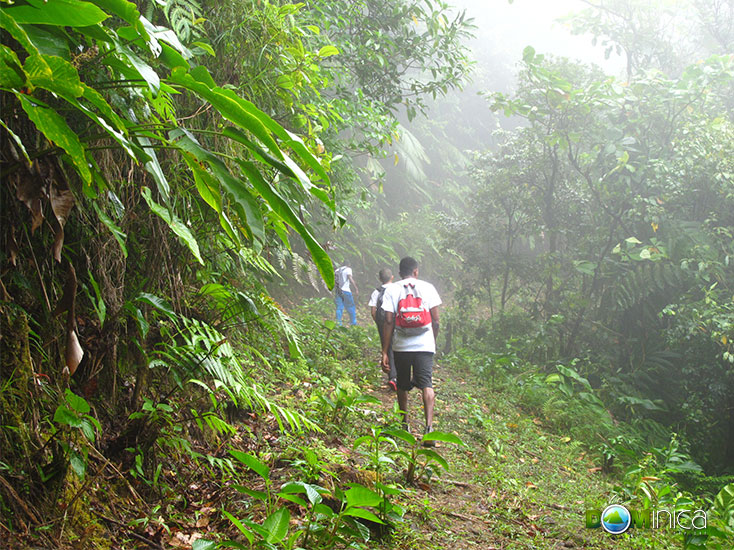 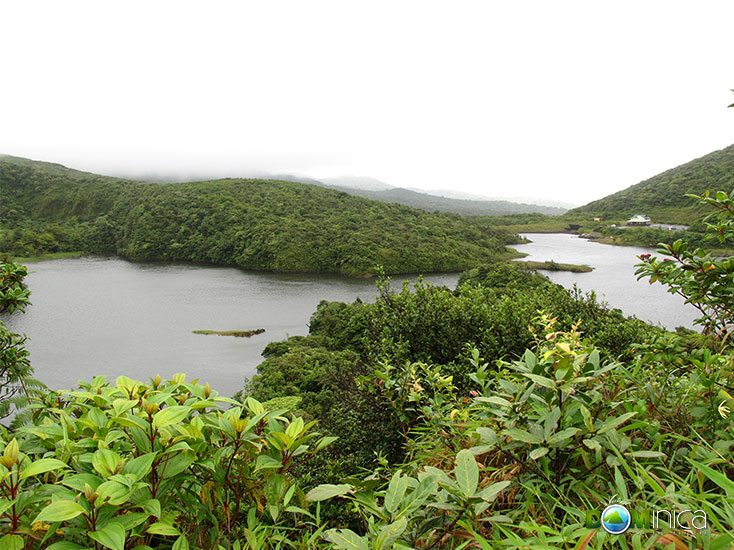 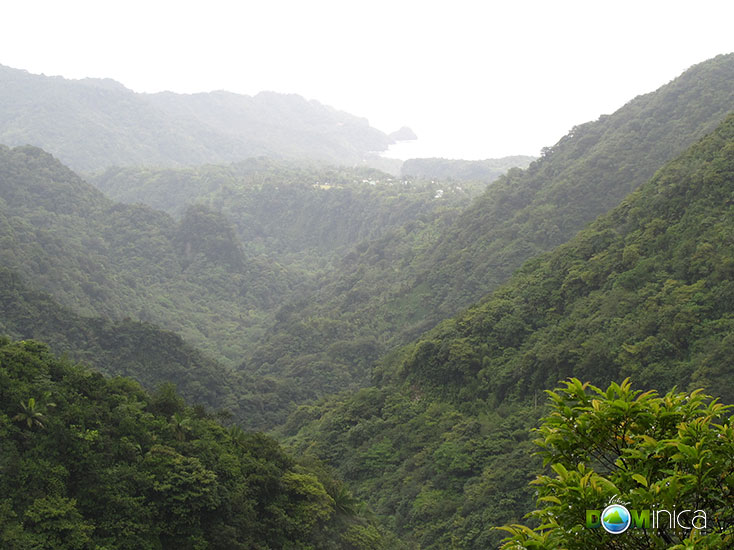 This old trail connects the east coast to the capital Roseau and was for many years the main 'highway' across the island.  Chemin Letang means Lake Road, a name given to it as it goes from Rosalie on the east coast to the Freshwater Lake, meeting up with the community of Laudat and continuing down valley.

It began as a Kalinago track across the island and was later cut and improved during colonial times as the main land route connecting the east to west. As an alternative, people would travel by boat from the calm Caribbean sea to the choppy Atlantic ocean and back.  It cuts through a pass in the mountains which is the lowest gap along the ridge of volcanic peaks in southern Dominica. The pass is still over 2,000 feet above sea level however.

There are Kalinago folk tales and mythological stories of things that happened to Kalinago as they walked on the path. They told of a giant serpent with one eye and a precious stone on its head which lived in the Boeri Lake rising out of the mist from time to time.

Read more about this hike!

The Rosalie estate, starting point of the DOM-Trek Coast to Coast Challenge Hike, is situated island's east coast on the banks of the Rosalie River, and was one of the largest estates on the island totalling 2,081 acres. Since the 1950s much of it has been sub-divided and sold off.

Rosalie Estate produced sugar, cocoa, limes and coconuts at various times in its history. The ruins of an aqueduct and sugar works are still standing and the site of the old estate house can be seen on the hill above the works near to the modern estate house. A maroon attack on the estate buildings under the Maroon chief Balla took place here in December 1785. After emancipation a village developed around the estate yard and there was, for a time, a police station, school and church, but when new owners took over in the 1950s the land was reclaimed and the villagers had to disperse to the settlements at Grand Fond and Riviere Cyrique. The church which remained is now the site of the FMI Retreat Centre.

The trail rises from the Rosalie River and passes up and along the plateau and through the village of Grand Fond. The route continues gently through village gardens. Then begins the steepest section to a point overlooking the Freshwater Lake. Two streams are crossed, one of which is called Laivye Dejeuner because people used to stop, eat the food they were carrying and drink the water there on the way across the island. Then the track makes a series of tight hairpin bends as it climbs steeply to the higest point. From here one gets wonderful views down the Rosalie Valley to the Atlantic Ocean and the East Coast and, with one turn, there is the Freshwater Lake and surrounding mountains to the west.

The walk continues around the lake and along the rough but motorable section of the Chemin Letang to the village of Laudat. Much of this route passes through the UNESCO World Heritage Trois Pitons National Park and views of the forested mountains of the park can be seen as one walks.

The village of Laudat was a main resting and overnighting spot for walkers in the old days and a "rest house" was operated by one of the village families for generations.

On approaching Laudat one looks down the Roseau Valley and sees Morne Bruce and the city with the spire of the cathedral dominating. The rest of the route is all down hill with spectacular views all around and at the valley bottom it passes through the old citrus plantations of Shawford, Fond Cani and Bath Estate which are now virtually suburbs of Roseau. Like the people of the east coast in the days of old, who were called "gen Au Vent" (people of Windward side), the hiker enters Roseau across the Bath Bridge and the journey is over, although in times past, loaded with baskets of goods from town, the people of Au Vent had to do it all over again in the opposite direction!

This article is reproduced with the kind permission of Maxine Alleyne of the Southeastern Tourism Development Committee.