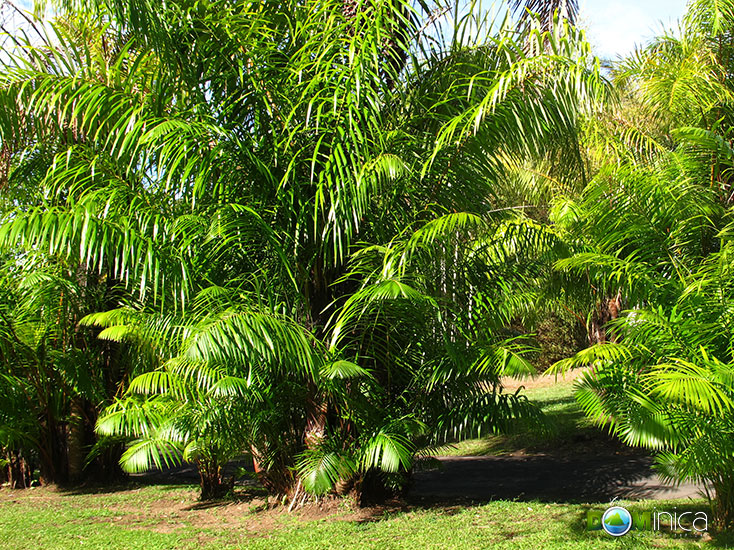 Established in 1891, these well-appointed gardens in Roseau also contains an aviary with Sisserou parrots, plus the famous 'crushed bus' - victim of devastating Hurricane David.

It is also home to offices of the Agriculture Department and managed by the Forestry Department.

The idea of establishing the Roseau Botanic Gardens was conceived in 1889 by the British Crown Government. It wanted to encourage the supply of properly propagated seedlings of varied tropical crops to the island farmers. The Government bought the site from William Davies, then owner of Bath Estate, and the planning and planting of the Gardens began in 1890.

Charles Murray of the Edinburgh Botanic Gardens became the first curator. He was succeeded shortly thereafter by Henry F. Green who continued the planning and planting of the Gardens in the early 1890's. In 1892 Joseph Jones took over, and the Botanic Gardens became his life long vocation. He is buried in the military cemetery at the back of Morne Bruce. Jones' work led to rapid development of the Botanic Gardens; and during this early period, the Gardens attained the reputation of the premier botanic gardens in the Caribbean.

The Gardens was established in two distinct sections: an ornamental section and an economic section. The latter was devoted to research and the propagation of plants of economic importance. The ornamental section was once exquisitely landscaped with ponds, ornate iron gates, a fountain, and up to 500 species of exotic and indigenous trees and shrubs to enhance the beauty of and interest in the site.

The Botanic Gardens has survived several tropical storms and hurricanes, including hurricane David in 1979, which, in eight hours, transformed those once magnificent grounds into a junkyard of wind-thrown trees, tree limbs and twigs. Evidence of David's wrath may still be seen in the remains of a large bus lying crushed beneath the weight of a massive Baobab Tree. In spite of these setbacks, the Gardens still provide the only open space in the city for the citizens and visitors to enjoy. It continues to be the idyllic setting for cricket matches, national parades and cultural celebrations, religious open air ceremonies and recreational activities. And its beauty and serenity still mark it as one of the gems of the Caribbean.