Nothing seems to impress visitors to our island so much as the sight of women in their National Wear – or one of many versions of our Creole dress. Young ladies often find themselves bombarded with questions about our colourful costume and it’s history. Here, we present answers to these questions!

This section features articles and illustrations by local historians, including excerpts taken from ‘Our Island Culture’ by The Late Mrs. M. A “Cissie” Caudeiron as well as information from Dr Lennox Honychurch. 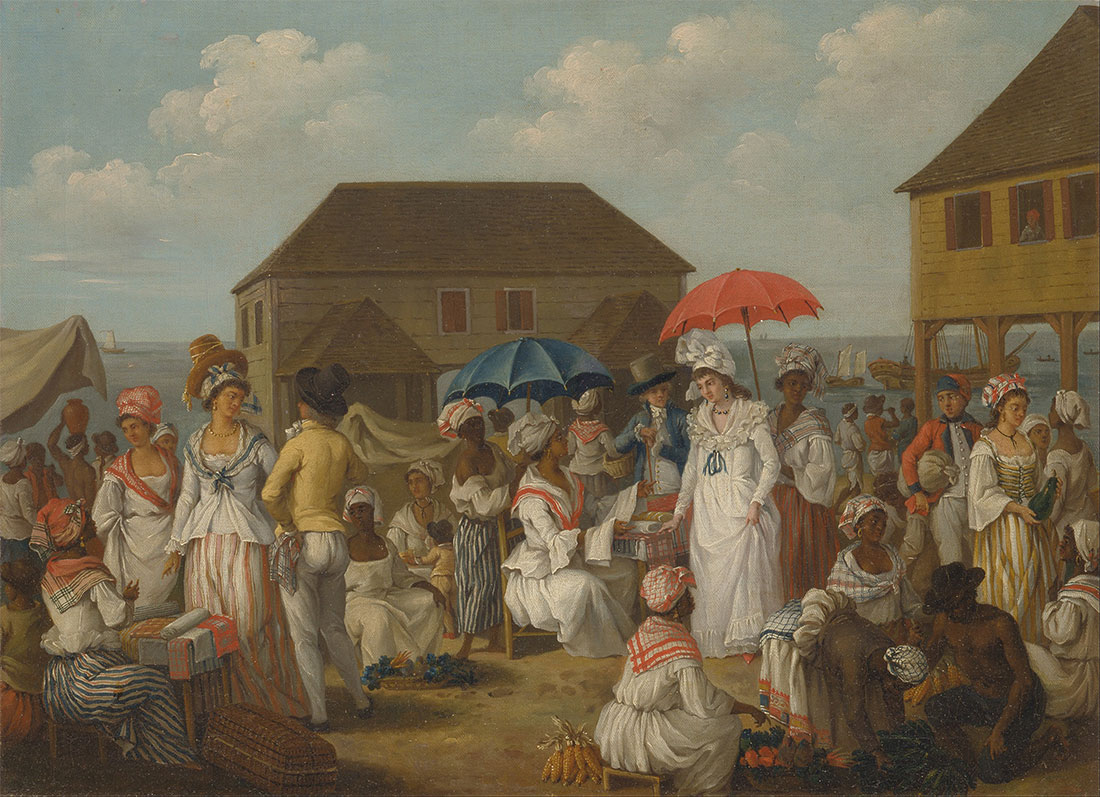 We find the first truly Creole dress worn by freed woman (also slaves) on Sundays and feast days, consisting of a floor length skirt of a bright colour over a white cotton chemise, trimmed at the neck, sleeves and hem with lace. A white handkerchief was wrapped around the head or sometimes shaped into a bonnet, while a white or coloured cotton triangle or ‘foulard’ was draped over the bosom, completing the resemblance of the whole dress, to that of the French provincial women.

When the madras replaced the white handkerchief, Creole women began to use a pliable material (known as “imité”) for their foulards and even for their jupes.

Just about this time, too, ribbons came into vogue, and were threaded through the lace of sleeves and neck of chemise. The latter, once used to reach halfway down the calves and with a lace edge to the hem. Now, it was shortened and was more like a blouse, and women began to use heavily starched lacy ribboned petticoats instead. The thoroughly West African custom of lifting the skirt and flinging it carelessly over one arm, became fashionable and allowed partial view of the petticoat. 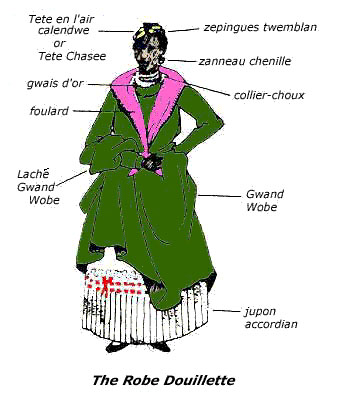 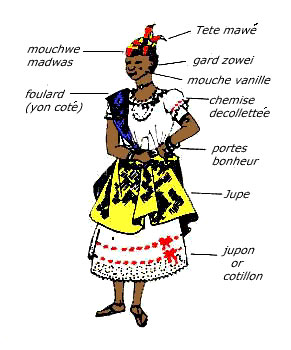 Here is a sample of other kinds of headpieces

Thus it was that from of holiday jupe and chemise of slave days, we now have the complete jupe ensemble which is very popular to this day, and which consists of mouchoir, foulard, jupe, chemise, and “jupon a dantell” complete with gold jewellery on arms, neck, ears and mouchoir. The elderly relatives of the important estate owners, were unaccustomed to European style of dress, but finding the “decollottee” chemise rather undignified, began to wear a long-sleeved velvet jacket over the chemise  There is no doubt that this inspired the new dress which soon began to be worn by the socially conscious mulatress women.

A long-sleeved dress of dull coloured materials with small printed patterns began to take the place of the jupe.

Eventually the irrepressible spirit of a mixed race resisting those socially prompted restrictions and the African love of bright colours reasserts itself completely in the shape of that Creole Bird of Paradise, the “dou-dou matador.”

This splendid creature wore the “grand robe,” as the long tailed douillette was called, in order to distinguish it from the “ti robe” of the more respectable ladies. The “lache” of the “grand robe” was sometimes a yard and a half from heels of her shoes, and her dresses were always of the brightest colours. Dressing was an art, and there was a great deal of method in this mad race for dress.

They had a sort of chart in their system of dressing, for matching foulards and madras head-kerchiefs with the Jupe and the dress to be worn, so that if, for instance a woman wished to wear a dress in which yellow was the predominant colour, she would wear a blue foulard with a mouchoir of yellow mixed with red.

Many will agree in saying that our native dress can hold its own anywhere in the world when worn with pride and distinction.

What you will see today

Here are some Wob Dwiyèts worn during Independence Celebrations and Creole Day Parade. 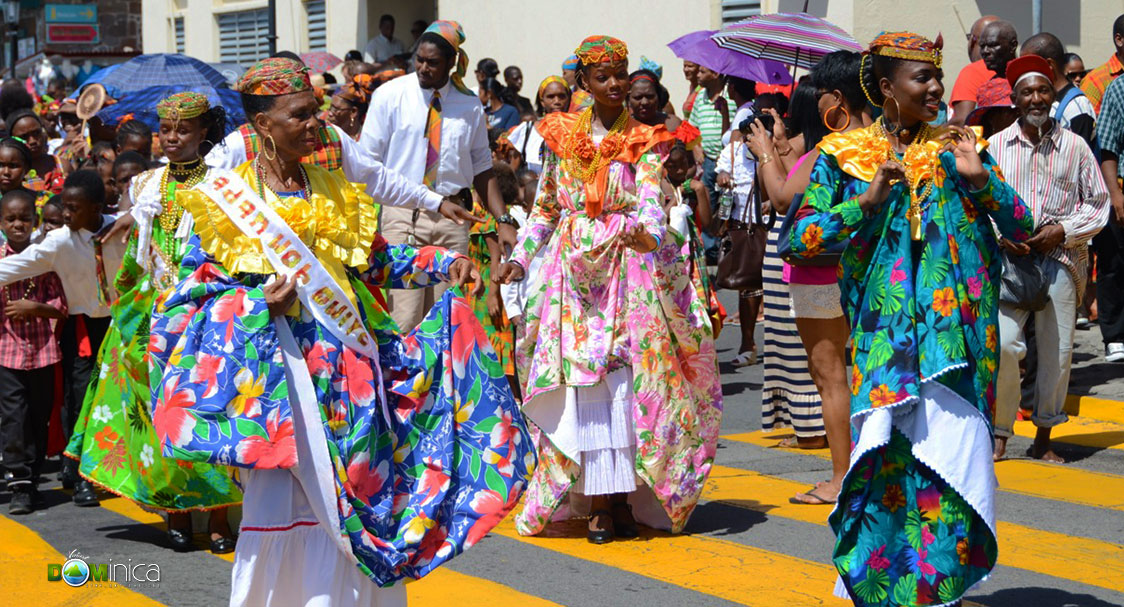 Hurricane Maria Leveled an Island But Left This Tradition Alive