Of all the agriculture practised in Dominica, one plant stands out as being quietly consistent throughout, when other crops have waxed and waned. No crop is immune to the ups and downs of the world market, but at least the bay tree doesn't fall over when there's a tropical storm.

The West Indian Bay tree, Pimenta racemosa, is a sturdy evergreen shrub or tree of the Myrtle family. Leaves of myrtles are typically a shiny blue green and strongly scented when crushed; the flowers, bark, and berries are also fragrant, and myrtle has been used in perfumery. The ancient Greeks considered myrtle sacred to the goddess Aphrodite and used it in festivals. Whole or ground bay leaf is used to season meats, potatoes, stews, sauces, fish, pickles, and vinegars. It is also used to aromatize Bay Rum and other toiletries.

When left to grow, the Bay tree can reach 80 feet in height, but when used for oil production, they are kept about 12 feet tall for easier harvesting. A very close cousin of the Bay tree is the Pimento tree, whose seeds are known as “allspice”.

This is the local créole name for the Bay tree. It derives from the French “Bois d’lnde” (“Tree from
India”) and thereby reveals its Asian origin.

The Bay tree grows throughout Dominica but production and distilleries are concentrated in the south east of the island, and especially in the villages of Petite Savanne and Delices. Though only a couple of miles apart, the two villages have been connected by a motorable road only since 1998. Previously, no motorable road had existed between the two villages, and one would have to drive over thirty miles (via the west coast) to get from one to another. Alternately, one could walk over Morne Paix Bouche to reach the other village. “Paix Bouche” (“Keep Quiet”) is an apt name for this mountain: one is so breathless from the climb that talking is not an option. The hardiness of both the Bay tree and the people of these two villages has allowed the Bay oil industry to survive even in difficult terrain. The new road has opened up more land for bay production and has given more options to the farmers in their choice of distilleries.

The Bay plant seed was often dispersed by birds, but cultivated Bay fields have plants spaced 8 feet apart and were often intercropped. The tree is extremely hardy and can grow on quite rocky soil. We’ve even heard of a case where a Bay tree flourished high up in a breadfruit tree!

There is an eighty or ninety-year history of Bay tree use in Dominica. At first, bay leaves would be bagged and shipped to England. A major innovation was when someone (thought to be crazy at the time) started to chop the leaves instead. Then wooden vats and condensers were used in the stills. Nowadays, many stills are co-operative ventures.

There are three varieties of Bay plant leaves that can be used: common, anise scented and citronella scented. One can tell them apart by smelling the crushed or broken leaves. The common Bay is favoured, but all can be used to produce oil, though each is quite distinct and should be stored separately. The fragrance which accompanies Bay oil production is a memorable sensory pleasure. 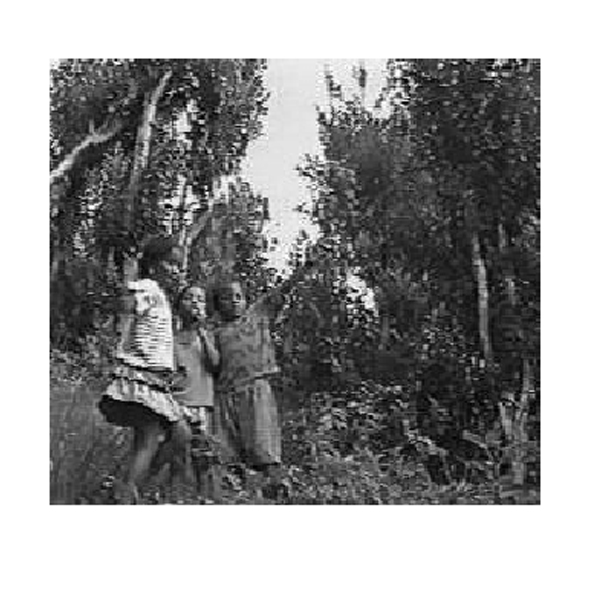 Bay oil is distilled by boiling the chopped leaves under pressure. The Co-operative produces in the order of 90 to 100 45-gallon drums per year (approximately 4,500 gallons). When bought from farmers, it is bought by weight; in 2003: the price was EC$44 (US$16) a pound.

While a hydrometer is used to test specific gravity of the oil, purity is also gauged by clarity and smell. The oil is sold on the US or European markets, either through brokers or direct to end-users. Bay oil is primarily used as one of several “essential oils” in perfumes and cosmetics (some other of these oils are: vetiver, pachouly, citronella and musk oil). Virtually all perfume and cosmetic fragrances in the world are made from different combinations of these oils.

Sales of the oil are therefore dependent on use of perfumed goods, and in an age of fragrance-free soaps, bay oil requirements declined somewhat. But now (2017), with a huge market for natural essential oils, the demand for bay oil is increasing.

There are a few distilleries utilising ‘modern’ stainless-steel vats but for the most part copper is used. This imparts a sediment to the oil, which has to be left to settle and clear before it can be used. One plus is that the oil has a very long shelf life. Another is that it is a quite complex compound, with 23 components. This means that it is difficult to synthesise Bay oil.

An interesting parallel industry has developed in these same areas of Dominica. Bay oil production requires mastery of the art of distillation; therefore many producers find it easy to maintain small stills for the production of “Mountain Dew“, a locally made white rum. Because this product is not legal, these stills are usually located in remote spots which are revealed only to trusted friends.

One local use of Bay Oil is in Bay Rum; a popular face or after-shave lotion for men which is made from a combination of bay oil, citrus and spice oils, alcohol, and water. It was first made in the West Indies, where it was prepared by boiling the leaves of the West Indian Bay in white rum and collecting the distillate.

Dominica supplied upwards of 70% of the world Bay Oil prior to  Tropical Storm Erika – August 2015. The storm destroyed a major production facility in Petite Savanne which resulted in a significant drop in bay oil production. Hurricane Maria – September 2017 also did significant damage to the artisan distilleries on island temporarily halting the production of Bay Oil. The crop itself is climate resilient and within 6 months post Hurricane Maria was available for harvest. I am currently investigating sustainable distillation processes and systems that will provide resilience in the production of bay oil on island.