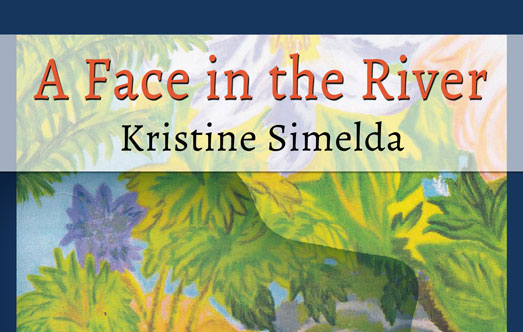 “A Face in the River” is the debut novel by Kristine Simelda, an American-born writer who has lived in Dominica for the past 20 years. The book’s heroine is a twice divorced, middle-aged businesswoman, Krystal Sutherland, who is bored with her conventional US job and lifestyle. When she takes a holiday to a wild and beautiful Caribbean island, she falls in love; first with the place, and then with a man. But despite her best intentions, the dark side of paradise casts its shadow on her dream romance as she struggles to find her role in an unfamiliar culture.

Simelda admits that some readers may recognize Dominica in her story, but says that the novel could be set anywhere where cross-cultural confusion exists. “I wanted to address the high price of enchantment; the danger of going out on a limb in search of romance and adventure, and the difficult lessons learned while dangling there.”

The author has initially decided to try her luck in publishing an e-book, but a paperback version will soon follow. “A Face in the River is a tale of tenacity, bravery, and foolishness set against a backdrop of spectacular beauty,” she says. “I am pleased with the feedback I have gotten so far: Those who have read the book have called it a rollicking good story that keeps them engaged from start to finish with never a dull moment in between.”

This is Simelda’s first published full-length work, but her stories have already appeared in online journals. In 2014, one of her pieces of short fiction, “Brother”, was published in “Jewels of the Caribbean”, an anthology of 15 stories by writers from around the region which also included Dominican Delroy Williams. “I was proud to have my story selected for this collection,” she says, “especially as it was cited as one of the three outstanding entries of over eighty submitted.” You can read excerpts from the book and order on Amazon and follow Kristine’s literary progress on her website: www.kristinesimelda.com